eagle.io is now a part of Bentley Systems. Learn More >

LOGIN
Thank you! Your submission has been received!
Oops! Something went wrong while submitting the form. 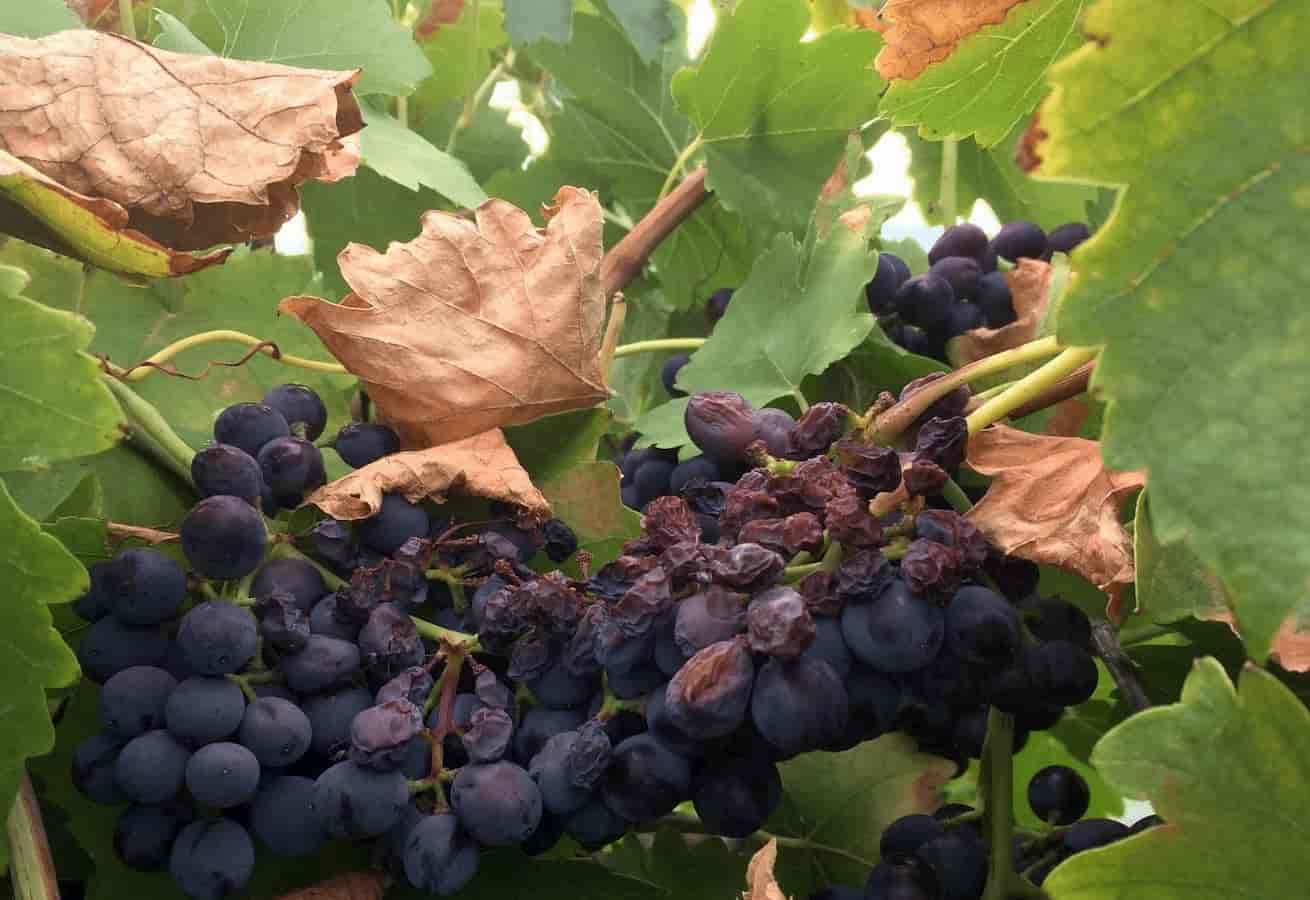 Figure 1. An example of leaf scorching and berry damage on a non-irrigated Shiraz vine following a heatwave event.

Edaphic Scientific was engaged by the NSW Department of Primary Industries to deliver a remote, phyto-monitoring system to demonstrate technology, such as sap flow sensors, dendrometers and canopy temperature sensors, to the wine industry.

Heatwaves are an increasingly frequent challenge for agriculture. Short-term events, their impacts can be felt durably on productivity, yield and, ultimately, profitability of businesses.

Plants transpire to keep cool similarly to humans. Transpiration rates can be inferred via sap flow measurements – the rate of water movement in the plant’s xylem. If the peak sap flow rate is declining, a plant is probably experiencing stress.

Declining sap flow also means the plant is losing ability to cool itself which can lead to further damaging effects. Therefore, during a heatwave event, the peak sap flow rate should be maintained as best as possible.

When a heatwave event is approaching, a grape grower’s only real strategy to cope with the heatwave is to increase irrigation. However,water resources are becoming increasingly scarce and expensive, therefore allocating additional irrigation requires precise decision making.

Changing the irrigation strategy for a grapevine can alter the quality of grapes for wine production. Therefore, it is a decision that requires up-to-date and accurate data. The real-time assessment and management of crops before, during and after a heatwave, via the Internet of Things (IoT), may potentially alleviate damaging impacts of extreme weather events.

Edaphic Scientific installed a range of sensors. Several phyto-monitoring stations, which included plant-based sensors, along with weather and soil moisture sensors, were installed on grapevines including Merlot and Shiraz (Figure 2).

Data were recorded and uploaded to the Eagle.io platform at 15-minute intervals. A Dashboard was created within the Eagle.IO platform where plant transpiration, weather conditions, and soil moisture levels could be easily viewed (Figure 3). The Dashboard provided near real-time information (data from at least the last hour) as well as historical data over the preceding weeks.

Edaphic Scientific in collaboration with the New South Wales Department of Primary Industries used the Eagle.io platform to provide real-time data around a heatwave event in the Riverina district of western New South Wales.
‍

Figure 3. A Dashboard in the Eagle.IO platform displaying data from several phyto-monitoring stations in the Riverina district of NSW.

During the summer of 2017/18, there were several heatwave events in the Riverina district of NSW. Data in Figure 3, for example, shows a 7-day period where daytime temperature regularly exceeded 40 °C and reached a maximum of 46.4 °C.

A grape grower in this district decided to maximise irrigation to one grapevine, whereas another grapevine did not receive any irrigation during the heatwave event. Sap flow in the irrigated vines was maintained at a high rate of over 2l per hour during the extreme heat (the blueline in Figure 4) 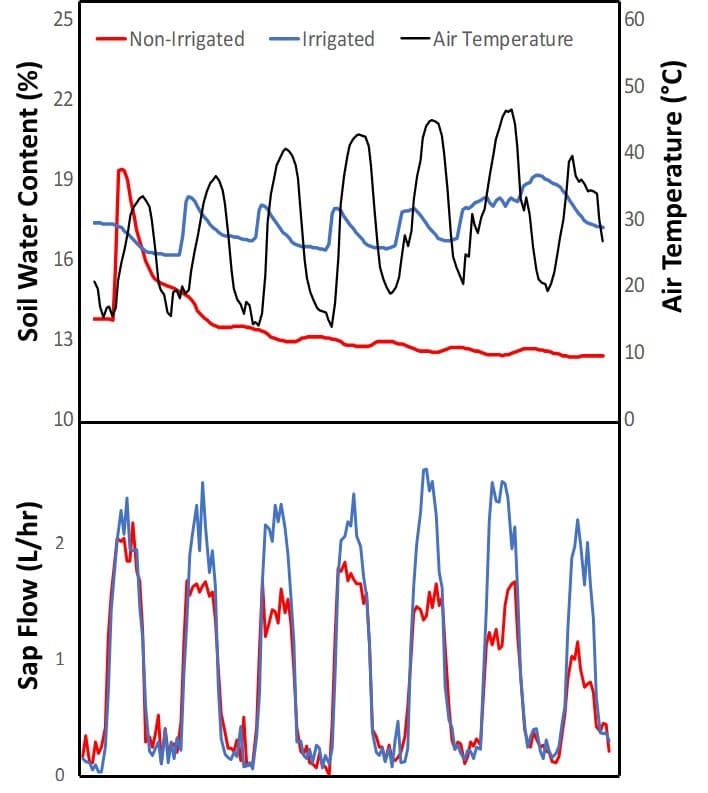 The lower rate of sap flow in the non-irrigated vine increased canopy temperature. This increased heat load led to a “burning” of the leaves and grapes. Many leaves and berries in the non-irrigated vines were observed to have undergone this scorching (Figure 1). Such damage to the crop will have negative impacts on quality and yield of the harvest.

Increased responsiveness:
The Eagle.io IoT environmental platform can set alarms and alerts if parameters, such as temperature, exceed a critical threshold.

Improved plant health and plant protection:
Growers can also view their sap flow, soilmoisture or weather data in near real-time to make decisions as conditionschange. In this manner, growers can prevent irreversible damage, such as leafor berry scorching, to their crops.

What Edaphic has to say

‍“The Eagle.io platform has been extremely reliable. We have been using the platform for over 3 years and it has never missed a beat.”
‍
“My favourite component of Eagle.io is the processing feature. This gives me the ability to change or add virtual variables, often with complex equations, as needed.”
‍
– Michael Forster, Director, Edaphic Scientific